In Hindu mythology, there is a tradition that a son should take his old parents on a pilgrimage. This spiritual journey was considered a duty or a vital aspect of his karma. My parents had two daughters, my sister and me, no son. We were, however, brought up like sons. We had similar exposure and privileges in a time when there was still the minuscule sentiment of girl vs boy difference prevalent in Indian Society.

I come from a very modern family. However, I often find myself gravitating towards mythology and old traditions.

So, when my mother expressed her desire to visit the holy city of Varanasi, I just knew I had to make time for this spiritual journey with her.

Benaras, Varanasi or Kashi as the locals call this city is one of the oldest living cities in the world. The ride from the airport to the city doesn’t have anything old about it. It is just like any other small city of India. Once you reach the ghats along the river Ganga, it is then that you understand why no one who has ever visited Benaras comes back untouched.

The evening I touched the ghats of Benaras and had my first view of the expanse and majesty of the river Ganga was on the eve of Dev Diwali.

Dev Deepawali, Diwali for the gods, is celebrated much after Diwali. It is considered a day when the gods descended on the earth to celebrate the return of Lord Rama after he won the goddess Sita back. The residents of Benaras have continued the age-old tradition. They light up the entire expanse of the ghats along the river. It looks like the gods do descend here on this day.

Just for this period, about 2-3 days around Dev Diwali, all the hotels in the city are booked sometimes a year in advance. The boat rides are booked six months in advance, there are traffic jams, and moving in the town becomes practically impossible. It is not just the gods, its now the crowds of locals, devotees, pilgrims and a host of foreigners who come here to bring the magic of this evening together. It does help if you can find a local as a guide. Benarsi people or Benarsis are some of the most straightforward and beautiful people. They always have time to devote to you and your needs and will make everything on your bucket list happen.

The first thing my mom did was to fulfil her dream of a dip in the holy Ganga. Later, as we got ready to take the boat from the ghat nearest to our hotel, the first impression was the scores of people, loads of energy and a method. They knew what they were doing. Adults and children were busy laying out the earthenware candles called diyas to light later. Children strolled around with baskets full of bright orange marigolds and candles to take along on the boat ride. The vivid orange colour and the delicate scent of the marigolds already lifted your tired spirit into a festive happy mood.

More kids came by with marigolds and diyas, but they did not annoy us. They politely turned away with a nod once we explained that we would purchase from them the next day.

I did try on my trip to keep my promise to buy from different kids each day just to see different smiles on different faces. Simple Pleasures.

The kids are practised to layout the diyas on the vibrantly decorated boats. Some boats, had expensive carpets laid out. Ours had a simple, pristine white sheet and the marigold candles looked divine placed on it.

The boat took off close to 5.30 pm as the sun was setting, the twilight triggering the lighting of the diyas. As I previously mentioned, there is a practised method with which things shape up there that evening. For the next hour, the boat moved over the beautiful now silvery Ganga crossing one ghat after the other, lit up with thousands of diyas and the buildings with a myriad of colours. Each direction I turned in, there was an explosion of colours, so vivid that it left me in a make-believe state ” Am I Really here? Am I really experiencing this?”

Hundreds of boats going up and down with several hundreds of smiling happy, excited faces, the sound of water below, the lit-up ghats on one side and the full moon in the sky overlooking the ghats, the beauty is beyond my capacity to describe in words.

6.30 pm and it was time for the special Ganga aarti, the evening prayer offering to the Ganga. Experienced priests come in specially for this day. They stood, facing the Ganga, chanting and offering to her with dance-like movements and the continuous ringing of bells.

All the boats gathered for the aarti in almost complete silence. Then the sound of the conch shell pierced the night sky for nine and a half minutes. The continuous resounding sound brought everything to a complete standstill. As it tailed off, the entire crowd of people burst into ” Har Har Mahadev “, a chant so powerful in three words that I got goosebumps and a shiver down my spine. The collective energy of the crowd weaves that kind of magic.

The boatmen, called manjhi, also have mythological significance. They were known to carry people across shores and have a mention in the Ramayana, Herman Hesses’ Siddhartha where Siddhartha in pursuit of enlightenment finally reaches attainment through a manjhi.

This evening the practised manjhis steer the boats away fast, at the end of the prayers, and one is completely taken by surprise at their efficacy.

The journey over the Ganga continued in softer and deeper smiles and brought us back to the ghat nearest to our hotel.

We got down and made our way up to the terrace of the Dolphin hotel for a warm meal, sitting and admiring the sights. The locals continued the celebration with crackers, and the street food vendors burst into activity.

I admired the boats getting anchored for the night and told myself to come back at sunrise to get some pictures. The family of boats, their grid-like arrangement, somehow attracting me.

Early mornings in Benaras are something else.

“Subah-e-Benaras”, a phrase seen as a wall graffiti and art all over Benaras, is a romantic style for describing a morning and one that is entirely true.

The beauty of the sun throwing orange hues over the Ganga, the flocks of seagulls flying around in search of food and the energy of the people taking their holy dips was astounding. It felt like the city never slept.

I made my way up the ghats, pausing to take pictures, feeling dissatisfied. I knew that no picture would be good enough. It is challenging to get a shot that can communicate the beauty you feel. It has to be experienced in person.

I found my way up to the main street market where the tea sellers were brewing tea with pure buffalo milk. Served in earthenware glasses, kulhad chai, as locally called, became my staple for the stay there.

Around me, the streets were full of flower sellers with a burst of marigold orange and purple everywhere. There were also sellers with tender sticks from a neem tree that people pick and chew as organic mouth fresheners. The old easy ways still exist here.

The tea seller convinced me to try the morning breakfast that looked fried and too heavy for my appetite, but I gave in and tried the local way of life. It felt good to break away from the standard sunny-side ups that I live on practically every morning.

Back at the hotel and a quick shower later, we headed to the Kali Vishwanath temple with my Benarasi guide. Devotees had queued up for 2-3 hours to get to the main shrine. There was a faster route through a VIP ticket at Rs 300 per person and turned out to be a convenient option.

The temple had 22kg of pure gold that covers its top. No phones, pens or personal belongings were allowed inside, so it is was great that we had kept all our belongings in the hotel room before the visit.

What struck me was not just the main temples. We were in no hurry to tick off a list and visit all of them. In the side lanes, corners and every 50 m, every direction you looked, there was a temple.

The story goes back to the time India was invaded by the Muslims and the spread of Islam started. The Hindu community started building temples inside their homes to continue their religious practices.

These temples exist till date, all old, all with a name and a belief surrounding them.

There is an entirely new corridor that has been demolished to build modern buildings with amenities like shopping areas and hospitals. There has been an attempt to preserve all the temples that existed in peoples homes.

I looked behind me at all the old lanes and houses with their blue and yellow doors, with an old artisanal feel. In front of me was the near barren land with a splattering of small preserved temples. I could not imagine anything new and modern coming up there. Whatever structures will be built there in the future will accommodate the old with the new. Everything will not be lost. Faith for one will continue to live on here forever.

For, it is faith that guides the spirit of Varanasi. In every lane, every person, every flower, there is a spirit of purity here.

I spent my day experiencing this in the small streets having tea with the sanyasis, listening to their stories, singing folk songs and feeling free, feeling happy.

Back in my room with a smile, I realize I want to see more beauty in this world. The heart wants to reach out and share the stories, and this is how I find myself writing about this beautiful Indian city, the one and only, beautiful Kashi.

I found that this ghat had a different energy about it. They say that while all the ashes at Manikarnika ghat reflect mortality, the steps of the ghats symbolise the crossing of obstacles and reaching peaks of life, the true ethos of  Varanasi.

I was born into a family of doctors and the influence was so strong that I grew up to be one myself. My curiosity made me break away from my profession every now and again to try something new. Over the years I learnt different languages, travelled to exotic places, lived as an expat in South Africa , started a youth organisation in India and made friends for life.

10 tips to cope with moving countries as an expat

Can you treat ADHD in children without medication?

10 tips to cope with moving countries as...

I was born into a family of doctors and the influence was so strong that I grew up to be one myself. My curiosity made me break away from my profession every now and again to try something new. Over the years I learnt different languages, travelled to exotic places, lived as an expat in South Africa , started a youth organisation in India and made friends for life.
Read my bio 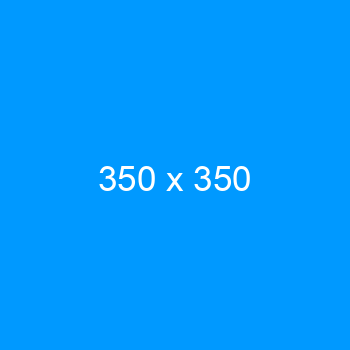